Port Canaveral, FL is about an hour's drive east of Orlando, two hours from Tampa and two and a half hours from Jacksonville. Tallahassee is just under five hours to the north. Port Canaveral is the closest city to Disney World and the other theme parks in Orlando, and is next to Cape Canaveral Kennedy Space Center. A wide variety of activities are available near the port, including several miles of beaches and parks, boating, fishing, shopping and several restaurants. 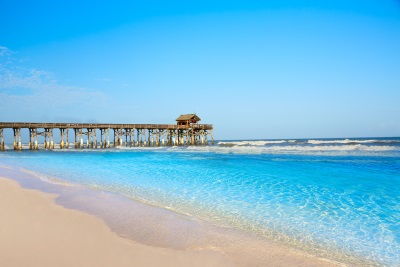 Language: English
Currency: US dollar (US$)

Port Canaveral is 45 miles from Orlando International Airport. Parking is $17.00 per day (rates are subject to change by the Port Authority).

From Orlando International Airport - Take the North Exit from the Airport, staying to the right, to S.R. 528 (Beachline Expressway) East. Take S.R. 528 directly to Port Canaveral.

Call us at 800-338-4962 or inquire about a vacation here.
Open Mon-Fri 8am to 8pm, Sat-Sun 9am to 6pm, U.S. Central Time
Destinations For Cruises From Jacksonville
Bahamas